Soulbound tokens (SBTs) — or non-transferable NFTs — are blockchain-based digital assets that cannot be transferred to others. Soulbound tokens are permanently tied to a specific individual, unlocking new use cases for NFTs — like verifiable credentials, governance rights, and generally, tokens that are meant to be “earned” rather than bought.

Non-transferrable NFTs are a step forward in creating a broader decentralized digital society, and to counteract the over-financialization of crypto & the blockchain.

But what are soulbound tokens exactly, and why are they considered to be one of the most exciting blockchain applications?

This article explains what soulbound tokens are and outlines the most lucrative use cases for non-transferable NFTs.

What are soulbound tokens (SBTs), or non-transferable NFTs?

Soulbound tokens, also known as non-transferrable NFTs (non-fungible tokens), are digital assets that are permanently tied to a specific individual (or crypto wallet) — meaning they cannot be transferred to others. Because of this, soulbound tokens can be used in blockchain-based systems to represent properties like verifiable credentials, delegated authority, achievement-based certificates, and more generally, items that can only be “earned” rather than purchased.

The term “soulbound tokens” was coined by Vitalik Buterin, founder of Ethereum, in his popular blog post Soulbound — applying it in the context of the blockchain and what non-transferrable NFTs can enable.

Vitalik’s blog discusses the concept of “soulbound” items in popular games like World of Warcraft, and how the same can be applied to NFTs for provenance and reputation on the blockchain. In World of Warcraft, soulbound items are powerful items that cannot be transferred or sold to another player. These items typically require completing a quest or defeating a powerful monster, and they are a key aspect of the game's mechanics. This keeps the game challenging, and ensures that players must actively participate in difficult task to obtain the best items.

Why use soulbound tokens (SBTs), or non-transferable NFTs?

The importance of soulbound tokens is based on the premise that not all NFTs should carry value exclusively from their market price. Instead, a token should be able to carry value based on the achievement or action required to obtain it.

In other words, NFTs that are non-transferable, or bound to an individual (more specifically, a single crypto wallet or “soul”), allow that individual to signal achievement or social status rather than wealth — unlocking new use cases for NFTs and expanding the web3 ecosystem beyond financial motives.

For example, a non-transferable NFT could represent that the recipient personally attended a particular event, or completed a skill-based course — but it goes much deeper than that.

Soulbound tokens are a step forward in creating a truly-verifiable digital identity — with social value, reputation, and trustworthiness attached to it. But why is this important?

To understand why non-transferable NFTs were created, let’s look at some of the most lucrative use cases that soulbound tokens enable in creating a decentralized digital society on the blockchain.

7 Use Cases for Soulbound Tokens (SBTs), or Non-Transferable NFTs

Here are 7 of the most promising use cases that soulbound tokens unlock:

In the same way that social signaling is important in the physical world and society at large, the most important characteristics in building a digital identity are social value, reputation, and trustworthiness.

Because of this, one of the most lucrative use cases for non-transferable NFTs are that they can serve as “verifiable credentials” — which means that they prove one’s identity, knowledge, skills, or qualifications.

On platforms like LinkedIn, for example, anyone is able to add any employer to their profile — thus giving bad actors the ability to pose as representatives of organizations that they are not a part of. As a result, scams enabled by identity fraud are common on these social networks.

But when a credential lives on the blockchain, it is verifiable by default. First, the data is immutable — meaning it’s impossible to tamper with or change once recorded. Second, there is a permanent, trustless public record of when the token was issued and whether it was transferred from one user to another). And third, the token’s provenance demonstrates whether it was issued by a verified employer or educational institution, trustlessly — making it impossible to fake or duplicate.

Most importantly, these credentials would have no value to them if they were transferable. Then, anyone would be able to transfer a credential to others. This is what non-transferability unlocks: enabling on-chain reputation and allowing for a token to represent anything from contributions to a project, to proof of attendance for an industry event.

NFTs are widely used to enable governance rights & delegated authority. But for systems like DAOs, the transferability of these NFTs pose serious risks to them due to two reasons:

To avoid these problems, governance rights can be made non-transferable or conditional on participation — with the ability to be revoked if a user loses access to their wallet, gets hacked, or acts against the community’s interest.

Non-transferable voting rights can lead to more democratic governance structures for everything from a CityDAO with evenly-distributed voting power that is tied to residence in the city, to blockchain protocols that require active participation by DAO members.

Soulbound tokens, such as Binance’s BAB token, can be used to address concerns around data and privacy in the context of Know Your Customer (KYC) requirements.

In Binance’s example, the BAB token is used to verify that the account holder has undergone Binance's KYC process, and can be displayed in wallets as proof of verification. This allows for a higher level of trust in the DeFi landscape, while also protecting users' personal data.

The use of KYC tokens could expand to other applications, such as preventing bot access to financial services or offering lower rates of collateral for flash loans.

Overall, soulbound tokens offer a potential solution for balancing regulatory requirements with users' privacy concerns — since they cannot be transferred to others (and thus “artificial” proof of KYC).

A core tenet of DeFi (decentralized finance) is that it empowers people that can’t rely on institutions such as brokerages, exchanges, or banks — as is the case for many populations across the world.

One of the areas that soulbound tokens can be used for is improving the efficiency and fairness of credit scoring through an unbiased and bottom-up system. Currently, credit scores often discriminate against lower-income individuals and minorities that may not have traditional credit scores.

By allowing people to show a history of payments and debts through SBTs, DeFi platforms could offer uncollateralized loans to a wider range of individuals. This could help to reduce the racial bias in credit scoring and make the process more fair and efficient.

The use of bots on social media platforms has become a major issue: used to manipulate public discourse, spread misinformation, and proliferate scams that trick users into giving their personal information or account details to bad actors.

Soulbound tokens have the potential to create a truly “human only” social media platform — where users must verify their digital identity through mechanisms like ENS. This is how social products, like Lens and Farcaster keep bots out of their platform, requiring users to tie their digital identities to their accounts.

Other projects are working on implementing proof-of-humanity or proof-of-personhood using SBTs, which could help to create a more trustworthy and transparent online environment, while maintaining anonymity (if users’ digital identities are anonymous).

Voting in a democratic government using traditional methods, such as marking a ballot, has proven difficult to replace with a fully electronic system. This is because complex voting systems can be prone to error and interference, and there is concern that the results could be manipulated by governments controlling the voting machines' software.

Using the blockchain, soulbound tokens can be issued to verify voter identities easily, without the potential for manipulation. One SBT would equal one vote, and only holders of that token would be able to vote. For larger districts or countries, voting could expand to any holders of municipality SBTs in that area.

Using SBTs to verify identities would simplify the e-voting process and could be done on-chain or off-chain, depending on the area's preferences. On-chain voting would record the votes directly on the blockchain without disclosing the holder's identity, using zero-knowledge proofs.

Let’s go back to the beginning: Vitalik bases the idea for non-transferrable NFTs in web3 on the concept of soulbound items in video games like World of Warcraft — which are only obtainable by performing difficult tasks tasks, and cannot be bought. This same concept can be applied to items in web3 games.

As the web3 gaming ecosystem grows, there is a lot of discussion about having NFTs represent in-game items so that players will have full ownership over them — and can do whatever they want including buying, selling, & trading them on open marketplaces.

But what about achievement-based items that can only be earned, rather than bought? This is an important mechanic across many games, and it enables social signaling online rather than just financial.

Thus, the same concept that is applied to all of the above can be applied to in-game items — ensuring that they only belong to one player and cannot be traded, and demonstrating the player’s in-game skill or achievement.

Adoption of soulbound tokens will require ironing out these issues — but if done correctly, non-transferable NFTs can help create a fairer, yet privacy-focused digital society.

How to Create Soulbound Tokens, or Make NFTs Non-Transferable

By default, NFTs are transferable — meaning they can be bought, sold, or traded between users. But for use cases enabled by soulbound tokens, learn how to make an NFT non-transferable here:

Soulbound tokens unlock a variety of use cases for NFTs, and many possibilities in the digital identity space — and as they evolve, they will become a more viable solution to creating a decentralized digital society, shaping the future of digital asset ownership, and enabling verifiable credentials and on-chain social reputation.

We hope this post has given you some insight into what soulbound tokens are and why they matter. If you have any questions, join 30,000+ other builders on our Discord community — or if you'd like more info on how we can help your business with web3, reach out directly! 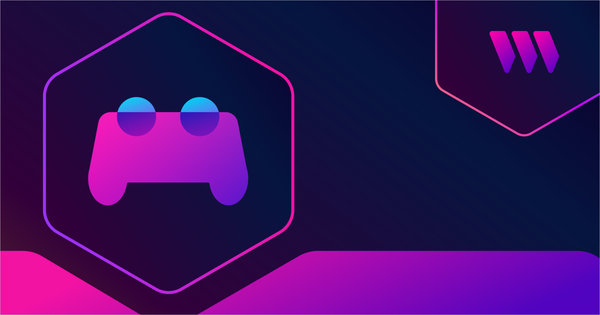