Solana is a blockchain platform built to host decentralized, scalable applications through its smart contract functionality. Its native cryptocurrency is also called Solana (SOL)—used to execute transactions on the blockchain.

Should I build on Solana?

Solana has surged in popularity due to its speed and efficiency, and it has become the blockchain of choice for many as its ecosystem grows—but it doesn't come without its disadvantages.

So as a developer building a web3 app, you may ask yourself: should I use Solana? In this article, we'll go over the pros and cons of building on Solana—and how to determine whether it's the right blockchain for you to build on (and how you can do so using thirdweb).

Solana's popularity isn't without merit—but like any other blockchain, here are the disadvantages of Solana to keep in mind for building web3 applications:

As of June 2022, Solana has faced 5-7 global outages in one year—putting its viability into question as a reliable blockchain in the long run.

Solana's speed and efficiency comes at the cost (and criticism) that it isn't as "decentralized" as Ethereum—another popular blockchain that it competes with. This is because, according to Solana Foundation’s August 2022 report on Validator Health, Solana has 3,400 validators across six continents, including 1,900 consensus nodes—compared to Ethereum's 422,000 validators across the globe.

One of the benefits of decentralization and distributing multiple nodes around the world is the capability to ensure that blockchain networks have no downtimes. You can think of it as having multiple server backups around the world that you can use as a fallback when some fail. Fortunately, Solana is continuously adding validators to its network—thus becoming more decentralized and reliable.

2. Learning curve of a new blockchain: Is Solana difficult?

The rise of soldev.app, Solana Cookbook, and Solana’s StackExchange paired with an active community made it easier for developers to start building on Solana.

Gone are the times when knowledge around building on Solana has to be scraped from multiple fragmented sources of knowledge. It’s relatively easier to learn and build with Solana than it was before, but the reputation of it being difficult is still circulating around the space.

Rust is one of Solana’s main programming languages, paired with the experiences of Solana developers who had to learn the hard way, which gives newbies a strong impression of Solana’s difficulty.

It’s as if the wall is too high that some don’t attempt to climb it. (Ouch!)

Solana's popularity isn't without merit—here's why it's one of the best blockchains for web3 development:

Transactions Per Second (TPS) refers to the capability of the blockchain to carry out transactions. If you’re looking for a shing shing and a vroom vroom for your transactions, Solana might just be the right blockchain for you. In Anatoly Yakovenko’s tweet last August 29, 2022, he shows a stress test on Solana’s network with a whopping 13,034 TPS.

In contrast to Ethereum’s recent measure of a TPS hovering around 11 TPS to 13 TPS in August 2022, Solana is blazingly fast and it’s because of the way it was built.

According to Solana's Whitepaper Proof of History (PoH) is a modification of Proof of Stake (PoS) that introduces time allowing Solana to do parallel execution hence reducing the messaging overhead in the network and resulting in faster transactions! Not only that, accounts are identified as read or written in transaction instructions to allow Solana's Sealevel Runtime to optimize and process some transactions in parallel.

I don't know about you, but I like FAST! (VROOM VROOM!)

So if you’re looking for something cheap to start with, give Solana a try.

3. UX: Getting started on Solana is easy for users

In contrast to using Metamask for Ethereum, using Phantom with Solana is relatively easier for the end-user. You don’t have to worry about networks like you would in Ethereum, just change clusters between localhost, devnet, testnet, and mainnet-beta then you’re good to go.

4. The Solana ecosystem is thriving

When you think of Non-Fungible Tokens (NFT) you would think of Ethereum. I know you did because I did too. However, just last May 2022, Solana was able to overtake Ethereum in NFT trading volume with $24.3 million in total volume compared to Ethereum’s total of $24 million. This is a strong sign of Solana’s thriving ecosystem, not just in developers, but also with consumers.

Not only that, with:

We can be certain that the Solana ecosystem is indeed a force to be reckoned with. So if you’re planning on building something quick and easy, try building on Solana with thirdweb and see how you like it!

Building on any blockchain is truly an investment of time and possibly a risk. So often we steer away from the ones that bring us the most uncertainty to gain some stability.

Indeed, Solana can be difficult to start with and would bring a lot of question marks to your head, but the activity and participation that is happening in its ecosystem right now are undeniably visible.

Hence, as we move closer to thirdweb’s Solana releases building with Solana will start becoming easier and better for everyone giving you a chance to test the waters. Not only will Solana be fast and cheap in processing transactions, but also be easier to set up and get started with using thirdweb.

So what are you waiting for? Try it out and see for yourself!

In this guide, we are going to use our Solana SDK to create an NFT Drop that other wallets can mint from! Before we start, here is a list of useful resources and tools we will be using in this guide. * Project source code * Solana SDK * Getting started with Solana

You can deploy an NFT Collection via the dashboard, but if you're curious about how you can do it with TypeScript, then you came to the right place! Directory Setup Create a new directory called my-personal-collection, and within this folder create a file named mint-nft-collection.ts. Installing Typescript SDK Install 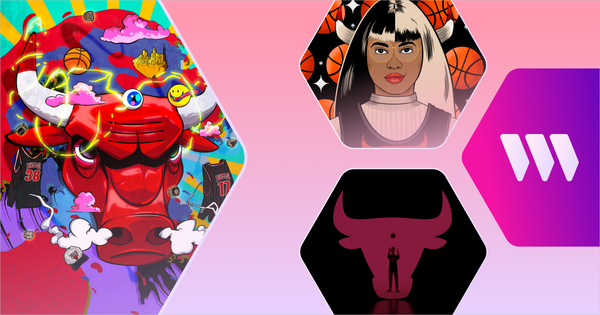 The Chicago Bulls tapped into the creativity of Web3 artists to envision new logo options for fans, minted as 1 of 1 NFTs. The organization tasked 23 digital artists to recreate their logo for “The Auroch’s” Collection, auctioned via Coinbase, in September 2022.